Unique Device Identification (UDI) intended to assign a unique identifier to medical devices within the United States, it marks and identifies individual medical devices throughout their distribution and product life-cycle. Initially, the UDI system was created, developed, and maintained by the device manufacturer based on global device identification standards. Today, it also helps with procurement and reimbursement.

With certain exceptions, every medical device label needs to have a UDI mark and be composed of two parts: 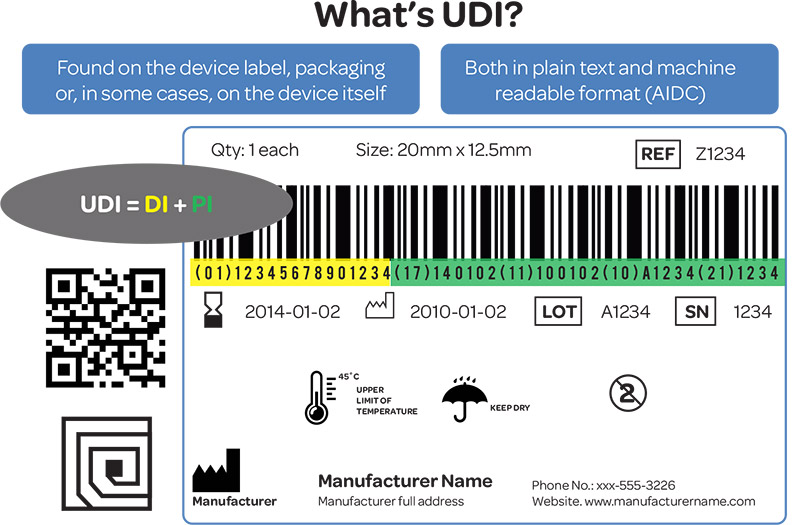 In 2007, the U.S. FDA developed a labeling system that would uniquely identify every single medical device (MD) on the market. The Global Harmonization Task Force (GHTF) soon recognized the global relevance of such a system and adopted respective guidance that was last released in 2013 by the International Medical Device Regulators Forum (IMDRF), international cooperation of regulators made up of industry stakeholders and GHTF successors. (Interestingly, Medical device manufacturers experienced in the U.S. market have quickly recognized the similarity of the EU regulation as compared to the U.S. Food and Drug Administration’s (FDA) UDI guidelines.

Following the global trend in handling the trace ability of medical devices, the EU Commission has clearly defined the requirements for the implementation of a Unique Device Identification (UDI) System in the final text of the new EU Medical Device Regulation (MDR) 2017/745. 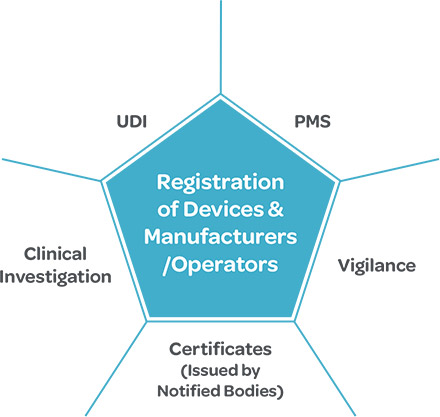 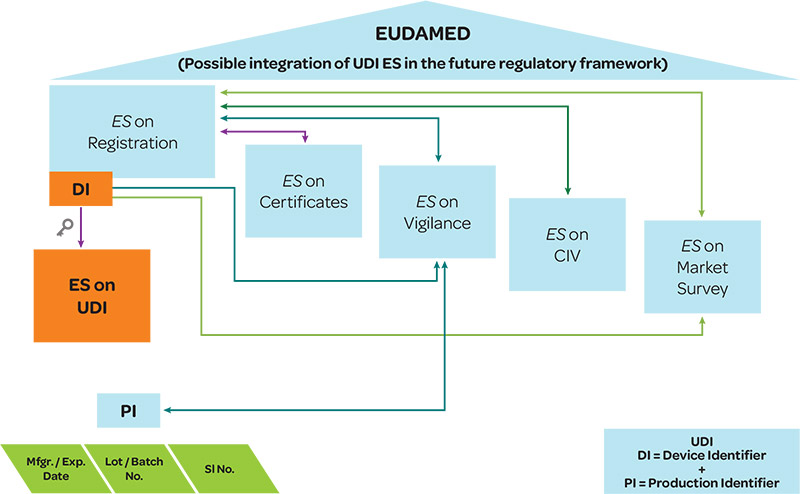 Key Differences between US GUDID and EU EUDAMED elements

EUDAMED will be an information system for exchanging legal information related to the application of European Union Directives on medical devices between the European Commission’s Enterprise and Industry Directorate General and the Competent Authorities in the European Union Member States. Its legal basis is laid down in Directives 90/385/EEC, 93/42/EEC, 98/79/EC, and 2000/70/EC.

Under these Directives, Member States need to ensure that medical devices that are placed on the market and put into service comply with all provisions of the Directives, including the ‘essential requirements’, and that no obstacles are encountered for the free movement of approved devices. The Directives also require that data be stored in a database in a standardized format. The EUDAMED project aims to address the effective implementation of this provision of the Directives.

Following are the common elements between GUDID and EUDAMED but they likely need to be translated into 24 official languages of the EU:

Unlike GUDID, EUDAMED is adopting a risk-based approach for UDI submissions.